Load More Reviews
Powered by Judge.me
Education > Diet & Lifestyle > Why Do My Joints Hurt When I Eat Gluten?

Why Do My Joints Hurt When I Eat Gluten? 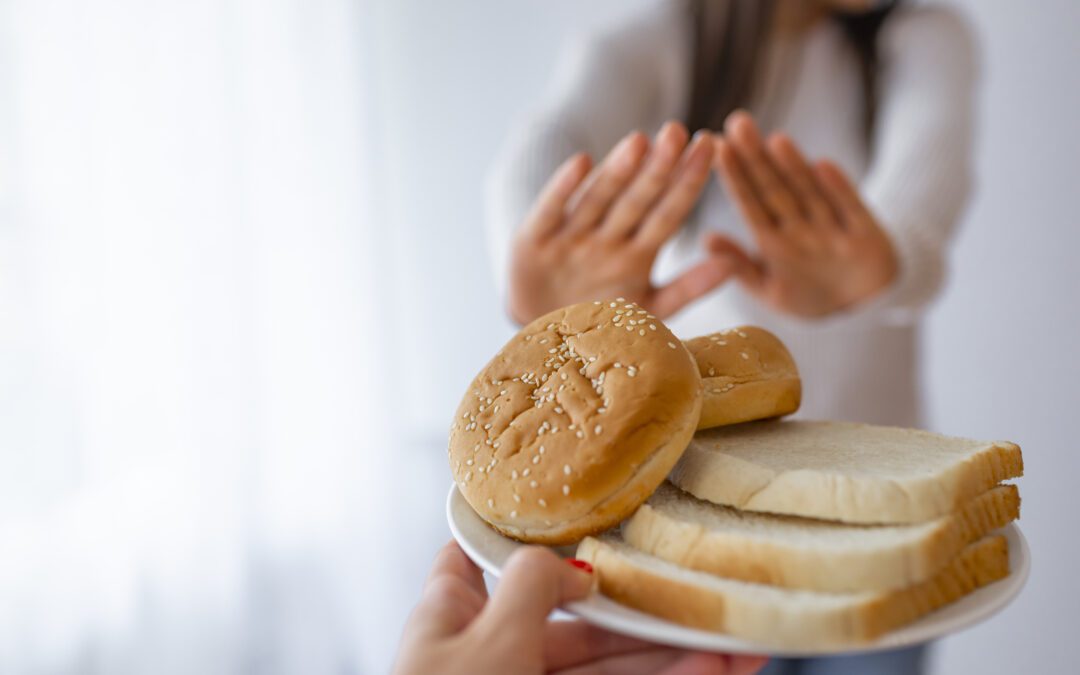 Have you noticed that your joints hurt when you consume gluten? It’s more common than you might think. For many people, eating wheat and products that contain wheat can lead to an inflammatory reaction that causes joint pain.

“Gluten” is an umbrella term for the proteins found in wheat, including durum, semolina, wheat berries, emmer, spelt, farro, farina, and graham, as well as barley, rye, and triticale (a cross between rye and wheat). Gluten acts as glue, helping foods to maintain their shape. It is found in many different foods – including some that you might not expect to contain gluten. Foods that commonly contain gluten include bread, pasta, baked goods, cereals, beer, soups, sauces, and salad dressings. Some people complain of symptoms after eating oats; this is usually because of contamination with gluten or an intolerance to the increase in fiber.

What is celiac disease?

Some people who experience unpleasant symptoms after consuming gluten may have celiac disease. When people with celiac disease eat gluten, their immune systems mount an attack on the small intestine that can damage the villi, small projections that line the small intestine that help with the absorption of nutrients. When this damage occurs, the body cannot absorb nutrients effectively. Celiac disease tends to run in families and can develop at almost any age. Without treatment, this disorder can lead to serious long-term health problems.

Is there a link between celiac and arthritis symptoms?

We’ve known for a long time that people with autoimmune forms of arthritis (such as psoriatic arthritis and rheumatoid arthritis) are more likely to develop celiac disease. More recently, researchers have started understanding the potential connection between gluten and joint pain.

When someone with celiac disease or a sensitivity to gluten consumes gluten, the immune system springs to life, using inflammation as one of its weapons. This inflammation is a good thing in certain situations – but not when there’s no real threat to the body. It affects the soft tissues and organs, causing symptoms such as joint pain even when no visible external signs of inflammation are present (such as swelling and redness). This joint pain may come and go, or it may be chronic and consistent.

What’s the difference between celiac disease and gluten sensitivity?

It’s pretty common for people to feel better after eliminating gluten from their diets, even when they don’t have celiac disease. These individuals most likely suffer from what’s known as “non-celiac gluten sensitivity,” a condition that causes celiac-like symptoms in people without the specific disorder. This diagnosis has contributed hugely to the growing market for gluten-free foods. NCGS has given way to a ton of discussion and confusion among sufferers.

What we do know is that, in people with celiac disease, eating gluten triggers inflammation in the small intestine. Meanwhile, there’s a lot we don’t know about NCGS, such as how much gluten it takes to trigger symptoms. As a result, people are eliminating gluten from their diets in increasing numbers in hopes that it will improve their health – even when they know that they don’t have celiac disease.

Symptoms of celiac disease and NCGS

NCGS is a separate condition from celiac disease and one that affects more people. We do not yet know whether people with NCGS are more likely to develop celiac disease in the future. It’s even possible that gluten is not the only compound in wheat that causes issues for sufferers. In general, however, the two conditions have some very similar symptoms, including:

The trouble with chronic inflammation

As mentioned, inflammation is a normal and healthy function of the immune system. Under normal circumstances, inflammation facilitates the release of healing proteins, antibodies, and increased blood flow. Typically, the entire process takes anywhere from a few hours to a few days.

People with chronic inflammation may experience:

These symptoms may range from barely noticeable to debilitating and may last for years.

As you can see, joint pain, gluten sensitivity, inflammation, and other issues are all interconnected in the body. Reducing inflammation is instrumental in relieving not just its symptoms but also the damage it can cause to the body over time. There are many purported ways to reduce inflammation, and if gluten sensitivity is an issue for you, then switching to a gluten-free diet may help. You can also reduce inflammation by changing your diet to include beneficial foods and avoid foods known to be harmful.

However, there’s also another way to reduce inflammation that’s scientifically proven: taking a green-lipped mussel oil supplement such as GLX3. GLX3 is a rich source of omega-3 fatty acids, which are known to help minimize inflammation. Omega-3s not only fight inflammation but also provide a vast range of other health benefits, such as better eye and brain health, a lower risk of heart disease, and a lower risk of age-related mental decline.

If you suffer from gluten sensitivity or celiac disease – or other causes of chronic inflammation –you can maximize your odds of optimal health by adding a daily GLX3 supplement to your diet.