Load More Reviews
Powered by Judge.me
Education > Omega-3 > What ratio of Omega-6 to Omega-3 should you consume?

What ratio of Omega-6 to Omega-3 should you consume? 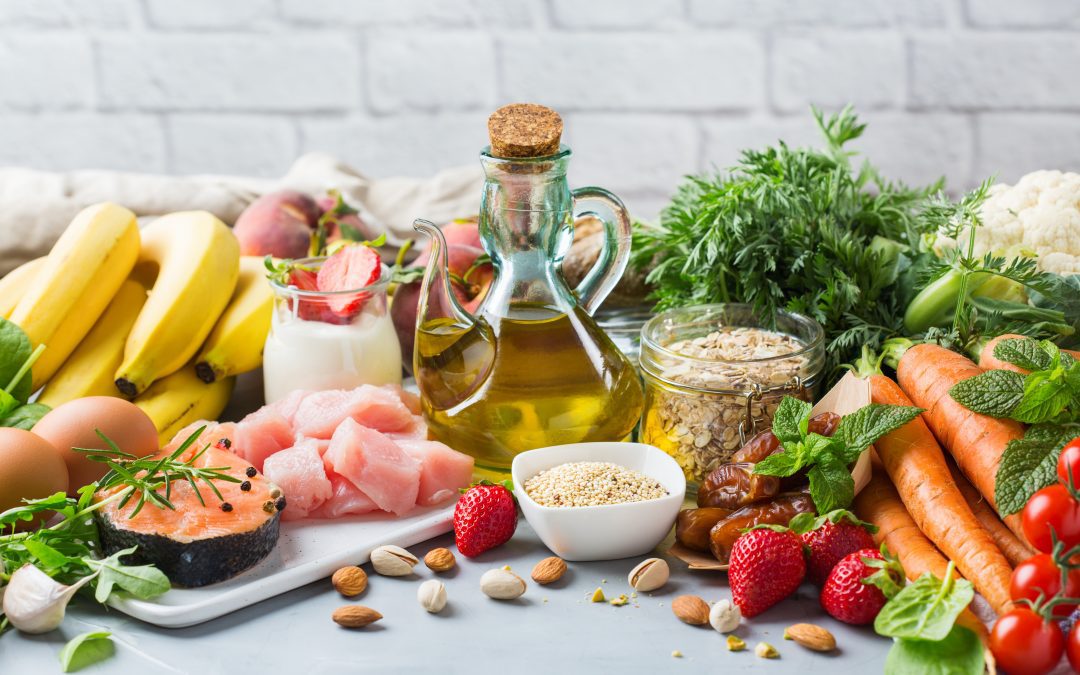 If you’re the type to read up on healthy eating and exercise (you’re here, aren’t you), you’ve probably read about Omega-3 and Omega-6 fatty acids. Both are considered “essential,” so more is always better…right? Actually, it’s a little more complicated than that.

A diet that’s too low in Omega-3s but too high in Omega-6s may actually make inflammation worse. So, what’s the right balance? To answer that, we’ll need to get a close-up of these essential fatty acids and what roles they play in the modern Western diet.

Omega-3 and Omega-6 are the two primary essential fatty acids. The reason they’re considered “essential” is because they’re necessary parts of a healthy diet, but the human body can’t actually produce them. That’s why it’s necessary that you get them in your diet, and that you get them consistently.

Omega-3 is found in foods like flax seeds, soybeans, pumpkin seeds, salmon, and lots of dark green veggies like kale, chard, and collards. If you’re looking for Omega-6, on the other hand, you’ll find it in walnuts, safflower oil, hemp seeds, avocado oil, and even eggs. When you maintain a diet with the right ratio of these essential fatty acids, you’ll promote the following:

The tricky part is that the wrong ratio of these essential fatty acids causes problems. That’s not too hard to believe either. Take another look at the food items we mentioned earlier. Now, imagine a diet that’s heavy on avocado oil and eggs but lighter on things like green veggies and flax seeds. Yes, that would probably be delicious, but you’d also feel like garbage after a day or two of eating like that.

A diet with too much Omega-6 and not enough Omega-3 can lead to chronic inflammation, cardiovascular disease, obesity, and even neurological disorders like Alzheimer’s. The Journal of Nutrition and Metabolism says a majority of these issues are linked to nutritional changes over the last few decades. More specifically, they’re linked to the unhealthy ratio of Omega-6 and Omega-3 in the modern Western diet.

Let’s start this section with the cold, hard fact — the modern Western diet sees an Omega-6 to Omega-3 ratio of between 15:1 to 16.7:1. Maybe those numbers don’t have an immediate impact on you but imagine that it’s safflower oil and flaxseeds. Obviously, having way more safflower oil than flaxseeds isn’t great for you.

It doesn’t take a scientist to hypothesize that those numbers aren’t where they’re supposed to be — though plenty of scientists have done just that. According to Science Direct, “A high omega-6/omega-3 ratio, as is found in today’s Western diets, promotes the pathogenesis of many diseases, including cardiovascular disease, cancer, osteoporosis, and inflammatory and autoimmune diseases.”

This same finding from Science Direct notes that diets high in Omega-3 fatty acids “exert suppressive effects.” Now, contrast these numbers with those of pre-modern diets such as the Native populations of North America and you’ll start to see the issue. Those who ate primarily nuts, meats, and vegetables harvested from the land had a ratio much closer to where it should be (somewhere around 3:1 or 4:1).

Go back even further and studies suggest that humans actually evolved eating an Omega-6 to Omega-3 ratio that was nearly even, according to the US National Library of Medicine. That’s how we were able to evolve and walk upright!

The diets of these time periods were built around what was available in the immediate surroundings — nothing was processed or stuffed with preservatives, and everything was natural. Contrast this with the pre-packaged, fried, and salted snacks that line shelves today and, well, it’s no surprise that we’ve sunk this low.

Why Are Omega-6 Oils Bad?

They’re not! As we mentioned above, we actually need small quantities for our bodies to function properly. The key phrase there is “small quantities.” The problem is that today’s diet of junk food and processed oils is feeding us too much Omega-6. This can lead to high blood pressure and, eventually, more severe heart problems like stroke or blood clots.

WebMD notes that “we eat way too much omega-6, which is found in the corn oil and vegetable oils used in so much American food,” and goes on to say that too much Omega-6 can even “cause your body to retain water.” The one thing to avoid as much as possible is trans-fats, which are altered to mellow into a solidified state.

For example, if you’ve ever worked in a restaurant kitchen you may have seen trans-fat in high quantity in the typical deep fryer. This oil, when cooled, solidifies and looks like butter or margarine. When heated to cooking temperature, however, it liquifies and looks similar to the trans-fat-free frying oil. Fortunately, many restaurants have made the switch to trans-fat-free frying oils since the turn of the century, but it never hurts to ask.

It also wouldn’t hurt to monitor your consumption of soybean oil and peanut oil. Again, we’re not saying Omega-6s should be avoided — you need them — it’s all about finding the correct ratio of Omega-6 to Omega-3.

So What Is The Correct Ratio of Omega-3 to Omega-6?

While there’s some debate on the precise ratio, most scientists agreed that “A lower ratio of omega-6/omega-3 fatty acids is more desirable in reducing the risk of many of the chronic diseases of high prevalence in Western societies.” Aiming to hit a similar ratio to early Native Americans (roughly 3:1 or 4:1) will put you on the right track.

To achieve that, however, you’d have to cut out all processed food and eat much simpler food than you’re probably accustomed to. That’s why small changes are often much more manageable at first. Since you’re likely already getting enough Omega-6, here are a few ways to incorporate more Omega-3s to achieve a more optimal ratio:

If you’ve been part of the Haka Life Nutrition family for a while, you’ll know we’re pretty obsessed with green-lipped mussels. They’re packed full of nutrients and contain ALL known Omega-3s. That’s why it’s the main ingredient in our GLX3 supplement. When taken regularly, an Omega-3 supplement such as GLX3 can bridge nutritional gaps and help you achieve the optimal ratio of Omega-3 to Omega-6.

Feel free to contact us with any questions. Try GLX3 and become a warrior for your health today!