How Omega-3 fatty acids can reduce asthma symptoms in kids

Earlier this year, it became apparent that a diet rich in Omega-3 fatty acids, such as those found in New Zealand Green Lipped Mussel Oil, offers yet another pertinent health benefit. Symptoms of childhood asthma, a hark on the instinctual free-range playfulness of children across the globe, can actually be reduced significantly by Omega-3s.

Or so says a study from the much-respected Johns Hopkins Medicine team from Baltimore City, which we’re inclined to stand behind. Asthma, often thought of as a breathing issue, is actually an inflammation issue that happens to impact breath because that which are inflated are the airways. So, it seemed time to do a thorough test of the common anti-inflammatory agent to see if it works as well in this case as it does in so many others.

“Our group is working on ways to reduce the levels of indoor air pollution in Baltimore City homes,” said Emily Brigham, M.D., M.H.S, the study’s lead author, via the school’s website. “Results are promising, but we don’t want to stop there.”

And they shouldn’t, given what the study has shown us.

The basics of the study

Brigham, who is an assistant professor of medicine at Johns Hopkins University School of Medicine, cited a six-month study that looked at whether or non Omega-3 fatty acids had a noticeable impact on chilhood asthma in kids between the ages of 5 and 12.

The study focused heavily on participants at heightened risk of asthma, including African Americans, and was made up of 53% male and 47% female subjects.

Some of the results were quite incredible. “Because children with asthma are already prone to inflammation and respiratory symptoms, the researchers hypothesized that omega-3 and omega-6 intake might be related to asthma severity, and how children responded to the air pollution in their homes,” the study results noted.

In science talk, each 0.1 gram increase in Omega-3 consumption produced a 3 to 4 reduction in the odds of daytime asthma symptoms, according to the published report. This was in conjunction with increases in both size ranges of air pollution by 10 micrograms per cubic meter

It’s worth noting that the environment in which a child lives has a major impact on asthmatic symptoms. High levels of air pollution and a generally unclean environment can lead to worsened symptoms, among a host of other health problems in the long-term.

Omega-3 fatty acids like those in GLX3 can be useful in offsetting inflamed airways no matter the environs in which one lives, and when combined with a healthy diet and lifestyle a person can see big-time changes.

Scientific studies often yield insight into more than one matter, and this one was no different. Beyond showing Omega-3s impact in reducing asthma, it showed that Omega-6 fatty acids actually made the situation worse.

Results from the study indicated that each additional gram of omega-6 taken by the children resulted in “29 percent higher odds of being in a more severe asthma category.”

Not exactly where you want to see your kiddo.

How this affects adults

Though this study was performed on 135 children age 12 or under, it is consistent with inflammatory situations also experienced by some adults. The positive impact of Omega-3s on joint pain and inflammation have long been known, and this study confirms that joints aren’t subject to age-ism. They respond positively to anti-inflammatory treatment in both young and old.

So, it seems that no matter your age, being mindful of your vitamin and nutrient intake is vital to keeping your joints, limbs, and even your nasal passageways functioning their best.

It leaves us torn between celebrating the satisfaction of helping our customers and embracing the tenets of humbleness. We’re sure there are worse positions to be in.

At Haka Life Nutrition we believe in a whole body approach to wellness. While the supplement we manufacture (GLX3) has helped thousands of people in their quest for joint pain relief, we know that a pill itself can only do so much!

This is why we provide well researched articles, written in a friendly and easily "digestible" way :) Sign up for our newsletter and get all the latest! 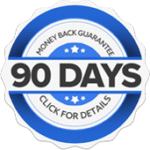