Load More Reviews
Powered by Judge.me
Education > Omega-3 > Can you give an Omega-3 fatty acid supplement to horses?

Can you give an Omega-3 fatty acid supplement to horses? 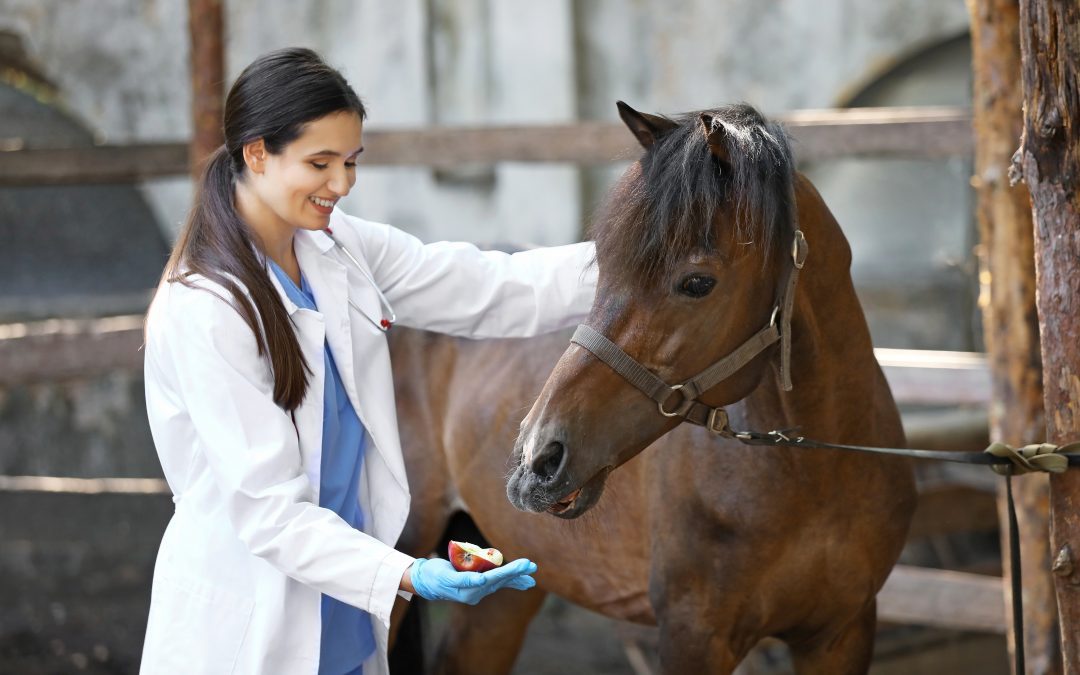 When the U.S. National Library of Medicine weighs in on a topic, it’s generally one of importance. On the subject of Omega-3 fatty acids and their benefits to animals, the NLM had this to say:

“As shown by huge amount of assays in human as well as in animal models, w-3 polyunsaturated fatty acids play important role in the development and maintenance of different organs, primarily the brain, and could be useful in the prevention of different pathologies, mainly the cardiovascular diseases, and, as proposed recently, some psychiatric, dermatological or rheumatological disorders,” the NLM said in a report way back in 2005.

According to a study conducted by Purdue’s College of Veterinary Medicine, there is documented evidence that omega-3 fatty acids can reduce inflammation and assist with breathing by horses with asthma. “Polyunsaturated fatty acid supplementation resulted in increased plasma docosahexaenoic acid (DHA) that peaked at 4 weeks,” the study concluded.

To get specific, the study found the following:

“Clinical improvement was noted in all horses involved in the clinical trial, but the group that received PUFA had greater improvement in clinical signs (cough score improved 60%), lung function (respiratory effort decreased 48%), and BALF (neutrophils decreased from 23 to 9%) when compared to placebo (cough score improved 33%, respiratory effort decreased 27%, BALF neutrophils increased from 11 to 17%.”

PUFA, for the non-scientists among us, is short of polyunsaturated fatty acids. Horse owners know how significant these findings are — a 60% improvement in the cough score is huge, and lung function to boot.

What we’re seeing here is that horses, like humans and even dogs, can benefit from omega-3 fatty acids to reduce inflammation in the joints and beyond.

Horses are herbivores. Can they ingest marine-derived omega-3 fatty acids?

Your horse isn’t putting down a steak for dinner every night. Horses have evolved as an herbivorous species, with a diet consisting largely of hay and vegetable-derived additives. As such, the majority of omega-3 fatty acid supplements for horses are plant-derived.

But, omega-3s from plant sources must be converted to an EPA and DHA by the horse after ingestion, because the plant-derived supplement is only a natural source of ALA. On the other hand, Algae and plankton — eaten by marine life around the globe — do, in fact, produce DHA and EPA.. Therefore, most concentrated and biologically effective omega-3 fatty acid sources come from the sea — that extra step is saved.

Most horses can take supplements derived from marine life.

What other benefits do Omega-3 fatty acids offer to horses?

How much Omega-3 fatty acids to horses need?

TheHorse.com, a leading content site for horse enthusiasts, noted that both vegetable and sealife-derived Omega-3 supplements can benefit horses and are safe for use.

It’s important to note, however, that in most cases, specific supplements are designed especially for equine use.

A typical hay-heavy horse diet doesn’t always include a lot of Omega-3 or Omega-6 fatty acids because of how poorly Omegas deal with heat. Grass contains more omega fatty acids than hay does, hence the benefit of adding a supplement or dietary addition for your horse.

If using a marine-based omega-3 supplement in oil form, between 30 to 60 milliliters oil is recommended. You are likely to see the best results by starting before the horse demonstrates noticeable symptoms — be they allergy or asthma-related —  because the active ingredients can be absorbed by the body in a preventative manner as opposed to as a treatment, at least initially.