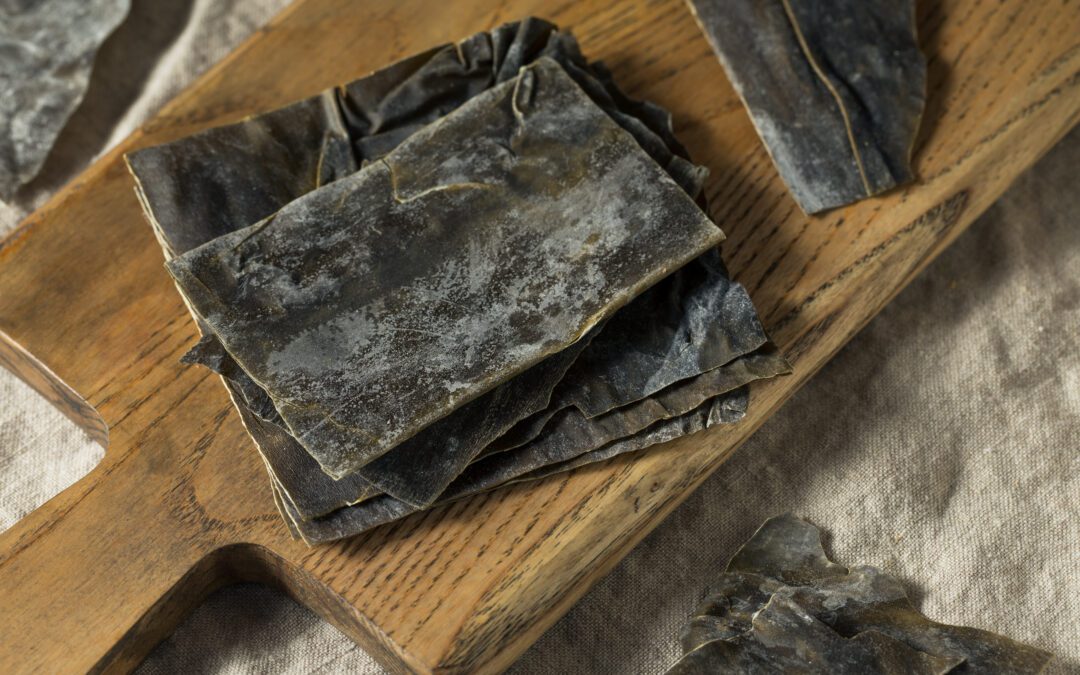 At Haka Life, we’re big proponents of a well-balanced lifestyle. Our experience in developing a leading omega-3 supplement birthed in us a passion for building a lifestyle around full-body health. From fitness to diet to mindfulness, being truly “healthy” requires a full-circle approach and our passion lies in helping Haka Life Warriors like you create that lifestyle for themselves.

Needless to say, we’re quite excited when we come across health hacks that are not only simple but incredibly delicious. The health benefits of seaweed first burst onto the American dietary lexicon in the early 2000s, when dried flakes of green seaweed became common on the shelves of health food stores touting its benefits in combating inflammation and providing essential nutrients like fiber and protein. Before that, seaweed was rarely consumed in the United States outside of sushi bars.

But more than a decade into the trend, things are looking good for a specific type of seaweed, brown algae, as its benefits in combating joint pain and inflammation come into a more clear picture. And what’s more, it’s increasingly believed by doctors and scientists that brown algae can work alongside New Zealand Green Lipped Mussels (GLX3) to help those suffering from arthritis and other joint pain get back to doing the things they love.

This trend didn’t just come out of nowhere. You’ve likely seen brown algae before — even if you didn’t know it. Also known as Brown Seaweed, it is common as a snack and an ingredient in dishes and stocks across Asia and even in North America.

When dried and sold as a snack, brown seaweed is generally known as Kombu, as it’s called in Japan. For those with arthritis and other joint pain, adding brown algae to your diet can be beneficial because of a specific naturally occurring compound — fucoidan.

A natural part of many types of sea algae, the scientific definition of fucoidan is a “sulfated polysaccharide.” Fucoidan can help to suppress inflammation in the joints, by harnessing the power of antioxidants to work against free radicals.

“Recent studies indicated that fucoidan has the potential to suppress inflammation in collagen-induced arthritis,” noted a recent study from the US National Library of Medicine. “Furthermore, fucoidan is potent as a therapeutic agent.”

And it gets even more exciting. A separate study published by ResearchGate noted that “fucoidan has the scope of being used as natural antioxidants in treating many human diseases.”

The algae grows abundantly off the shores of New Zealand, much like the Green Lipped Mussel.

This is exciting researchers, who believe that fucoidan may be able to complement the benefits of Green Lipped Mussels in combating joint pain and inflammation.

How you can harness the benefits of fucoidan

The easiest way you can add brown algae and its fucoidan to your diet is by using it as an ingredient in Asian-inspired dishes. Brown seaweed is incredibly popular in many parts of Asia from South Korea to China to Japan, and of course further south in New Zealand.

Bringing the two together

Nutraingredients-Asia reported in March of 2020 that a doctor from the Auckland University of Technology has been awarded more than US$500,000 to study the impacts of Green Lipped Mussel and fucoidan together and to develop a “functional food” that optimizes the health benefits of both. If successfully developed, the food would be released to the Asian market.

And if it’s successful there, odds are high that it would eventually be available at a larger scale.

In the meantime, a Green Lipped Mussel supplement like GLX3, paired with the occasional snack of the oh-so-healthy dried seaweed found at your local grocery store, is a slam dunk against joint pain and inflammation. GLX3 alone provides the recommended daily amount of joint-boosting omega-3 fatty acids.