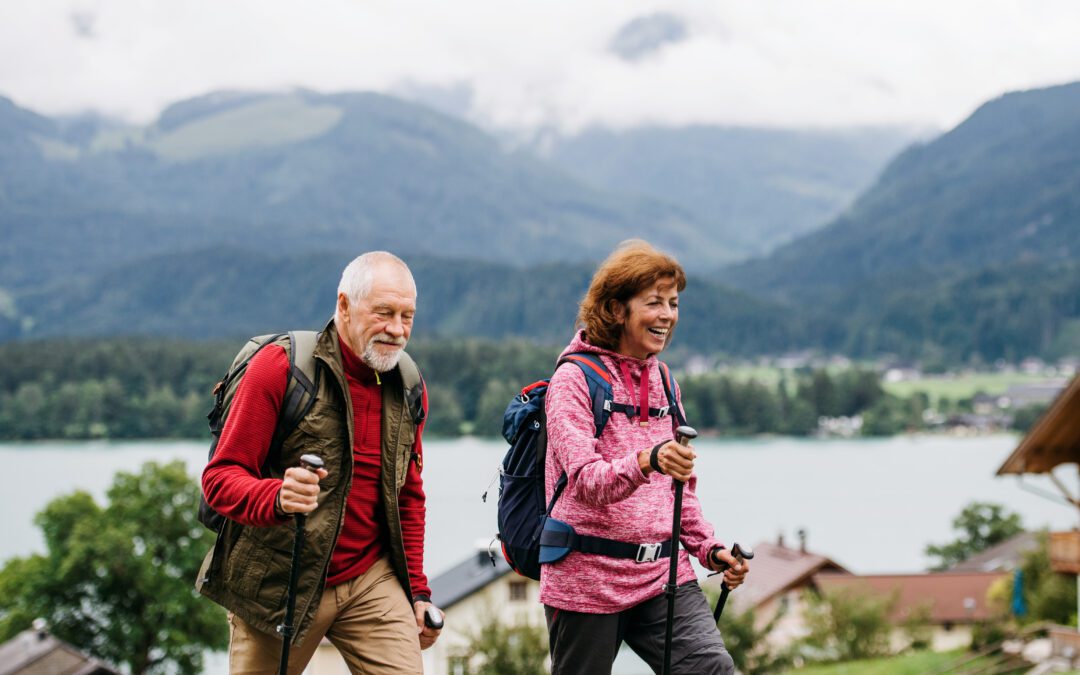 When it comes to altitude and arthritis, air pressure is the determining factor. While a black-and-white correlation between altitude and arthritis is not guaranteed, patients in the study did report increased symptoms of arthritis when air pressure lowered. Overall findings were inclusive as to whether specific altitudes have a direct impact on joint pain, but one thing is clear: air pressure, also known as barometric pressure, can impact those with arthritis or other issues of sensitive joints — at any altitude.

Let’s take a look at how this works, using findings from a recent study from the US National Library of Medicine and other data.

Air pressure drops as altitude increases. This much is scientifically proven. There are fewer gas molecules in the air at higher altitudes, reducing the pressure that the air can apply. You’ve probably heard about people having a tough time breathing at high altitudes — such as when someone who lives at sea level takes a vacation to a mountainous area and attempts to summit a peak.

The situation is a bit different when it comes to joints. Rather than the lungs struggling to get enough oxygen for proper function, as is the case with breathing at high altitudes, the issue with joints at reduced air pressure comes down to pressure. With less pressure, it is thought, joints may expand more than they would in situations with more air pressure.

As such, this could lead to inflammation and, you guessed it, increased joint pain.

If a particular joint in your body is already sensitive prior to you ascending to a higher altitude, you are more likely to experience this happening than someone who doesn’t suffer from joint pain. As the study concluded, “Standardized multiple linear regression analysis revealed these associations were independent from humidity and temperature. Our findings suggest that air pressure is inversely associated with synovitis in patients with RA.”

Perks of warmer and colder climates for arthritis

In a warmer climate, you avoid things like snow shoveling and walking on icy sidewalks that tend to be stress inducers for those with arthritis. On the other side of the coin, warmer climates — particularly coastal areas — are subject to monsoons and other weather factors that can cause massive fluxes in barometric pressure at certain times of the year.

In general, many choose dry and hot overheat and humidity, because humidity can play a part in arthritis pain. But there are plenty of people living in mountain towns and other areas that experience all four seasons that find their joint pain and inflammation tolerable throughout the year.

Will staying at the same altitude ease joint pain?

Building from this line of thought is the idea that no matter whether a person is at a higher or lower altitude, consistent air pressure is easier on the joints than rapid change. This is also not known conclusively, as a person’s pre-existing joint pain or sensitivity to weather (and how the person reacts to it mentally) could play a role in perceived discomfort.

But as you are likely to learn over a family holiday trip to a frigid but low-elevation destination like northern Michigan, cold weather tends to trigger joint pain in those with pre-existing symptoms. This is because of the drop in barometric pressure, though altitude isn’t necessarily the cause of the drop.

Adding to the symptoms, no matter the altitude is the fact that lower temperatures can also increase the thickness of the synovial fluid that acts as a sort of “shock absorber” in the joints. As such, you may find your joints stiffer and less able to move without pain.

So in short, it’s not the altitude but the barometric pressure that impacts joints. If you could somehow move to a place with barometric pressure consistently the same, the correlated expansion and contraction of joint tendons would be a non-starter. You’d have removed that issue.

What can I do about it?

No matter whether you live at sea level or in the high Rockies, eating a healthy diet consisting mostly of fresh vegetables and lean proteins is the best way to keep your body functioning at its best. Our blog offers many healthy recipes designed specifically for joint pain and inflammation, have a look here.

Regular stretching and exercise keep your joints limber and nimble. A sedentary lifestyle actually increases joint pain because it doesn’t allow your joints proper movement, resulting in them becoming stiff.

To optimize your Haka Life Warrior approach, consider adding an omega-3 supplement such as GLX3 to your diet. By taking GLX3, you’re getting recommended daily amounts of joint-pain-fighting omega-3 fatty acids through the healing powers of the New Zealand Green Lipped Mussel. You’re then topping that pain-fighting powerhouse with New Zealand olive oil and Vitamin E oil. Combined with a healthy diet and exercise, this is the true Hake Life Warrior way to reduce joint pain and inflammation so that you can get back to doing what you love.